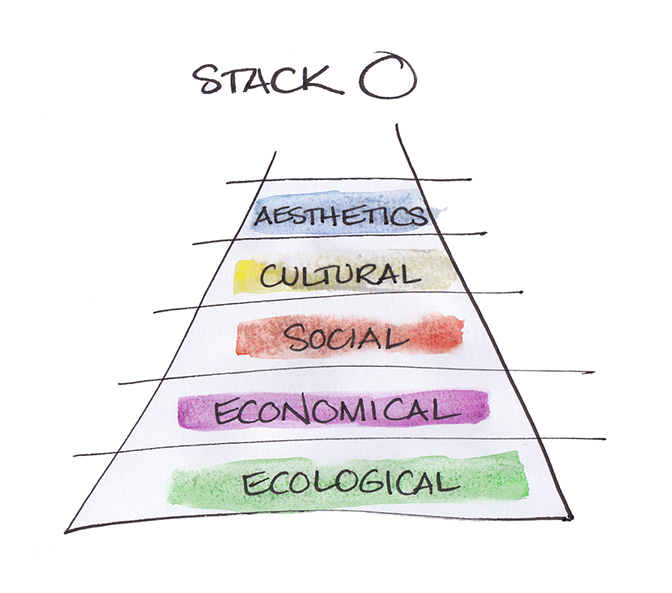 Last Spring, a thick silence followed one of my talks. The audience left the auditorium with barely any questions, faster than I wished, maybe they were distracted by other activities. I asked myself if my talk was helping others, if the topics that I chose to share were important or of interest to others. Or maybe, I became complacent, listening to the music of my own voice, following my own mental constructions; something that the audience had x-rayed, analyzed, categorized and judged within the first minutes of my speech.

There I was standing in front of the polite audience that filled the auditorium. The air was empty, without emotion, without feedback but nobody was leaving. I kept on following my string of slides but something seemed broken. I could not repair the connection that was lost. I entered a mental blizzard, crossing a very empty section of the map: la traversee du desert.

When the talk was over, I promissed myself not to face this again and to build again my ideas that I refer to as "stack Zero". The cost in time, effort and resources would be significant - yet, the investment was invaluable.

Moving forward, I strongly reconsidered the context of my work as aninteractive designer.

I used to describe a well organized silo with a neat pile of concepts in the shape of a and ideas added on top of each other. The shape followed the steps of a pyramid. The base was made of the virtual worlds with other conceptual layers on top involving 3D animations and dynamics behaviors. The apex of my pyramid was someone's cognitive mind, the viewer or he user.

Source Dimitri Terzopoulos. The "cognitive model" represents a stack of concepts that are still in use to describe 3D animation or some 3D interactive applications. For example: 3D Max and Maya.

The silo, the pyramid are now gone. One day, social networks, participative media, and user generated content raided the nice pyramid and broke it. It finally crumbled into dust after a raid by evolutionary content. All gone, 20 years of work make the same sound as the opening of a can of soda, pshhhitt! 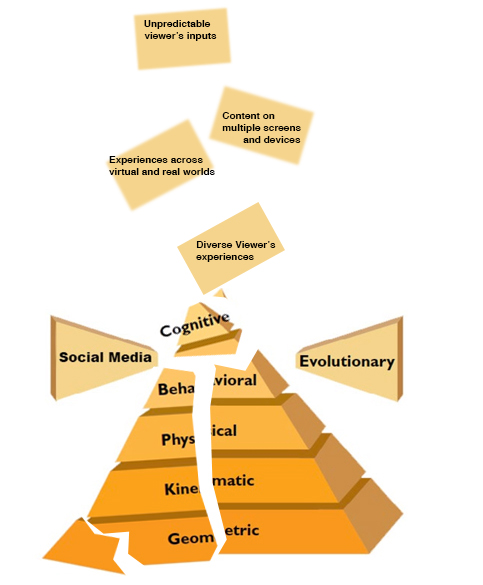 The "cognitive modeling at the summit" of the pyramid is under pressure from a list of external forces that were not as prevalent at the time it was created.

The temptation is to patch the ruins in my brain or to ignore the fragments. I quickly realize this was not possible as the only solution to move forward was to rebuild. I continue to explore and discover a different set of values ecology, economy, culture, aesthetic; only to find they have been with me all that time though I have not thought about expressing them.

At the same time, I detach myself from decades of memories, remove the banners of the past and decide to let go again while moving forward with my skilled intact. When I speak again -- with the new themes in place -- the questions and curiosity surface again. The flaneurs, les esprits libres, les promeneurs du dimanche, other artists who encounter similar situations wave along the way.

This new path starts with a sketch of "stack Zero". I start organizing my activities as an interactive designer according to the priorities expressed by other people in the real world. "Stack Zero" evolves into socially responsible business opportunities.

I will get back to this soon, to be continued...